BOOK A TRIP NOW!
The Desperado is a 56' Taylor Made boat built in 1997 by Taylor Harrison, in Kitty Hawk, North Carolina. She has a large fishing platform with ample room in the cockpit and salon areas. Powered by a C-30 CAT rated at 1550HP, the Desperado cruises at an easy 26 knots, to get you to the fish quickly, and has a top end of 33 knots. She is outfitted with the latest electronics and fishing tackle.

The Desperado is based out of Pirates Cove Marina year round. Our goal is to provide our customers with the fishing experience of a lifetime. Our courteous and professional crew will insure that you have the time of your life while aboard this beauty.

Captain Gray Blount, owner of the Desperado, grew up in Eastern NC. He got his start fishing with his father and brother on their family boat, Barbara B.

Captain Gray has been either mating or running a boat since the late 80s – and is a graduate of East Carolina University. He has fished both the Atlantic and Pacific Oceans for the world’s most elusive fish. His favorite fish is the White Marlin, but Captain Gray loves fishing for all Billfish! And, when the Tuna are biting, he loves that too!

Captain Gray invites you to book an exciting off-shore fishing adventure with him this season on the Desperado. 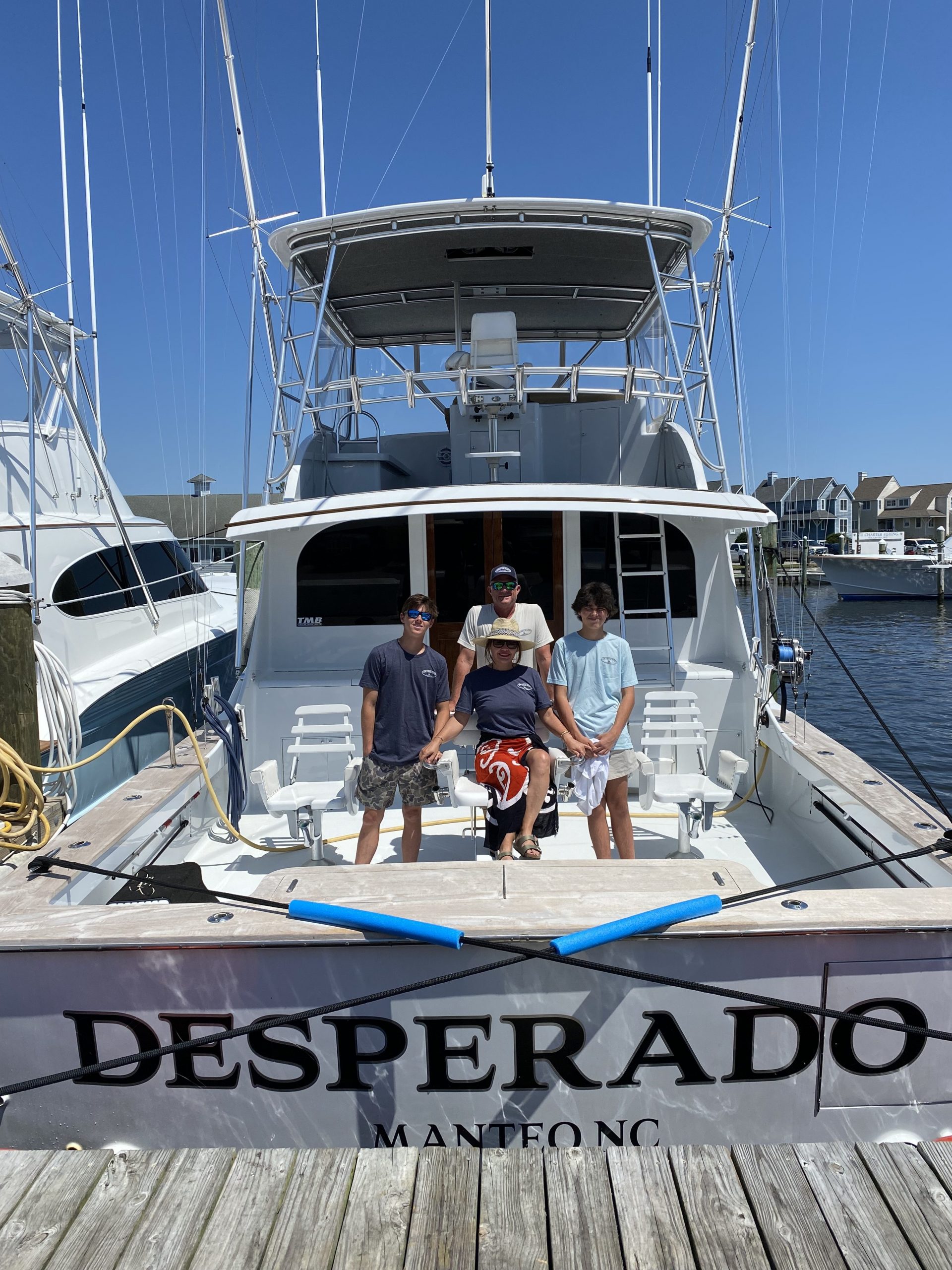